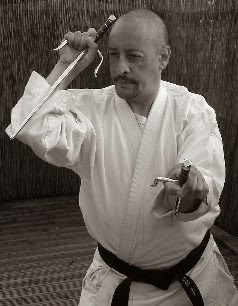 Following Senior Kodoryu instructor Matt Turner's excellent article on institutional discipline (https://martialsubjects.org/2016/04/08/institutional-discipline/) it is worth discussing briefly the passivity that develops in Karate students and how the lack of a critical approach particularly when it comes to kata study has lead to many assumptions and contradictions regarding the content of kata becoming the accepted norm. 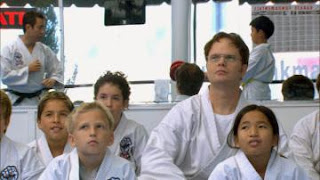 Most of what is taught about kata is taken on face value, trust is placed in the instructor, lineage, grade and reputation etc. Combine this with a passive approach to learning which arises from the dojo discipline and the result is that many questions that should be asked never see the light of day. 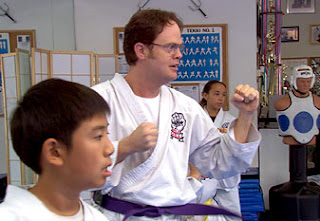 Take one of the most common statements made about kata, that they are complete systems of self defense. How could this be true? How could a kata encompass the totality of self defense and violence and be rightly labeled complete? Most of the applications taught are based on the assumption that the confrontation is one on one and that no weapons are in play, this very dangerous assumption becomes embodied in the movements and techniques applied against the aggressor. How would the movement change and the technical repertoire differ if the possibility of being stabbed,cut or a third party jumping in and stamping on their head were considered? If kata is indeed as is commonly sold 'complete' then surely it should encompass surviving against more than one person or the possibility of a weapon(s) being used or presented amidst the chaos as well as a myriad of other important factors otherwise the statement would surely not be true??

Another popular assumption is that the original functions of kata are lost and we can never know what was intended for the antique forms when they were created. If this is true then how could it be known that a kata is complete system of self defense? and why should this assumption be accepted and repeated? "We don't know what the kata were originally for but they are complete systems of self defense", I'm sure the irony is not lost here.

Why do students not question and critically examine what is taught to them? why is evidence not demanded? part of the reason is the dojo culture of respect and discipline (or silent obedience) which is all to common in Karate. Should a Karate practitioner be happy to believe what they are told? or perhaps it is a time for a shift towards a more critical approach especially if the desired learning,skills and information might one day save their life. 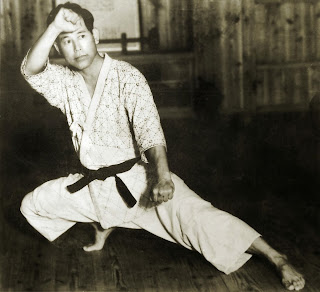